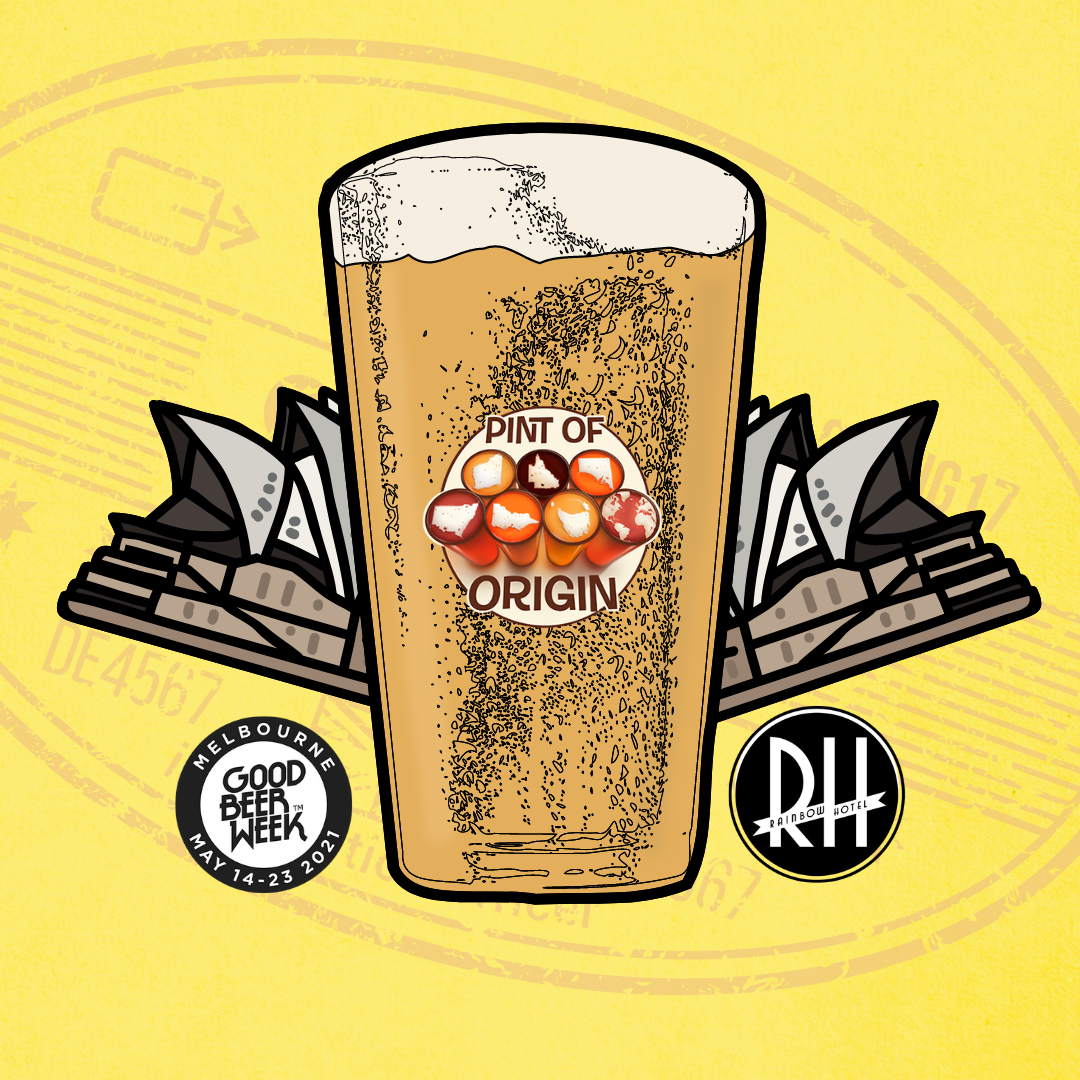 For every year since it's inception we have been an honoured venue for Pint of Origin.

We'll turn over all of our of taps, with great food available everyday from 12pm, we'll be throwing a week-long party to celebrate all of the best breweries from Sydney.

Expect line-up that changes every day as we explore over 50 different beers and styles including sours, gose, stouts, porters, IPAs, pales, browns, and blacks with plenty in between. We've got something for everyone from the sessionable to the imperial!

Come on down to Rainbow for a taste of the Sydney brewing scene. We open everyday from 12pm.