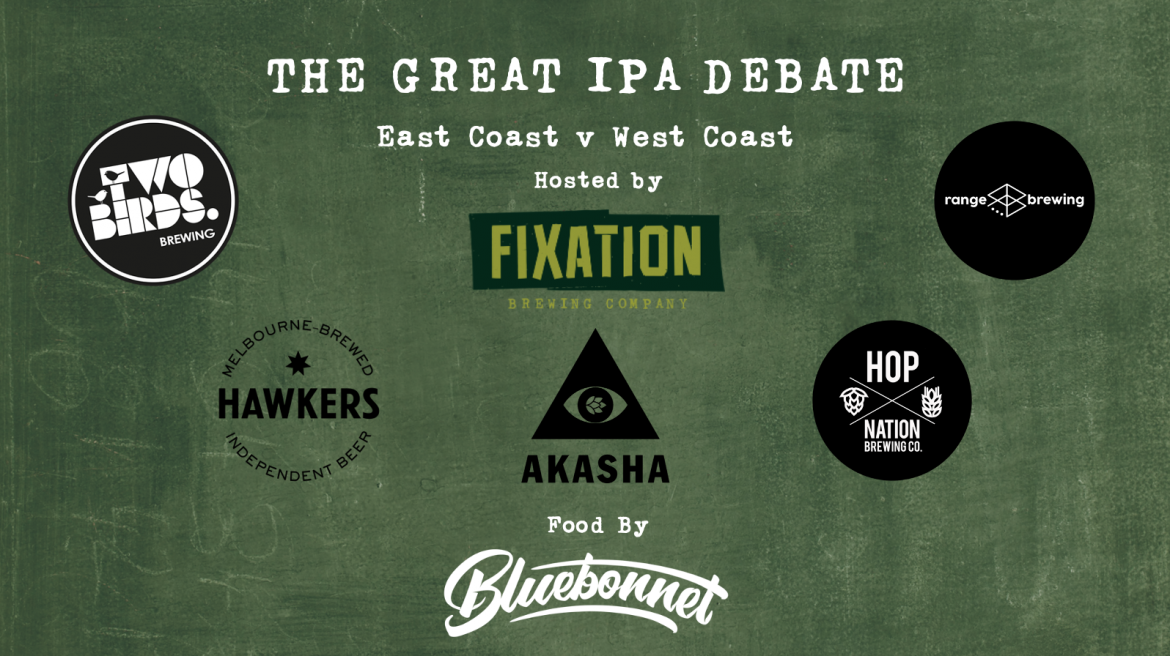 One of beer’s hottest debates will unfold at the Incubator featuring six of Australia’s top IPA brewers and their beers.

Included is an IPA on arrival followed by six IPAs from six breweries, and they will debate what style is better: hazy or clear. Who wins? You decide. Included on the night is BBQ by the awesome Bluebonnet BBQ! (Meat and veggie options available.)

Brewers on the night:

What else is on at Fixation Brewing Co - the incubator #GBW2021

Want to win your very own Fixation fixed gear bike? A fully decked out Fixy Fixie! Challenge your mates for prizes and sweat off your GBW 2021. Tour de Fix all right within the incubator brewery walls. Tacos by La Tortilleria for the day 1pm-6pm